Here you can find all of the latest updates regarding club affairs and development. 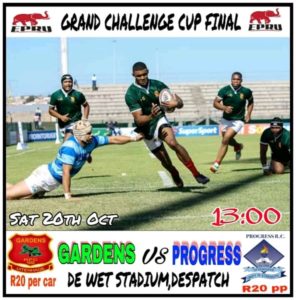 The stadium was filled to the brim with fans and supporters of both clubs Gardens and Progress, including members of the EPRU Executive Committee, all in anticipation of a nail biting final.

The whistle blew, and the match was underway, with Gardens kicking for the poles within minutes of the game, holding a 3-0 lead. Progress quickly followed with a drop goal, making it a tie at 3-3

The half time whistle blew with Progress in the lead at 17-15. The second half provided some intense action, leaving the supporters anxious but hopeful in their teams.

The match came to an end with Gardens as Grand Challenge Cup champions, with a final score of 18-17

The Coca Cola Schools of Excellence Tournament kicked off at Arcadia High School. This tournament forms part of SA Rugby’s official development programme for the schools taking part and is run in conjunction with the SWD Rugby Union and Eastern Province Rugby Union. The main purpose of the tournament is to give an opportunity to under privileged players and schools to show case their talent in an organized and elite tournament. 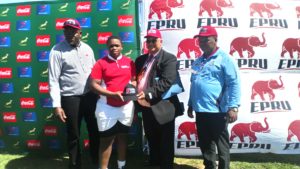